Comments Off on Video Marketing Successes For Business 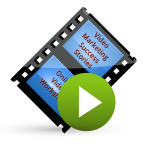 Successful businesses use video marketing to generate traffic, leads and sales. Sometimes they do it for brand recognition, but the main reason that businesses use video marketing is to generate interest in their newest product using some form of controversy or humor. Here we show you three of the top videos on YouTube for August 2014 (according to Google’s Ad Leaderboard)

EA Sports used video marketing to generate a buying frenzy for Madden 15 with their most recent campaign that received 8 million views in August alone! The video, “Madden Season,” depicts a young man (Dave Franco) who, after being harassed by a Madden Football Foe (played by Kevin Hart) takes him on in the new game. Interestingly enough, the video depicts Hart using all kinds of tactics that I am sure EA Sports would not condone to get his opponent mad enough to want to play him. But the video has all the pieces of the puzzle that cause videos to go viral: stars, football and music mixed into a ridiculous plot.

Foot Locker’s “Short Memory” video received 4.8 million views in August. In this video, James Harden asks Charles Barkley for some advice for getting a fresh start in the NBA. The video is funny because of the history of the players and the way different elements are revealed. IT also makes sure that Foot Locker clothing and shoes are at the forefront of the message.

Samsung Mobile’s “Just Alpha” video received 4.1 million views. Whenever Samsung Mobile wants to launch a new phone, they head to the video studio and create something memorable that grabs attention and focuses it on the device. This video is more about style and does not have the humor element, although they could have had one of the people staring at their phones while walking out the door walk into the door…

As you can see, major corporations rely heavily on video marketing to bring new prospects into their circle of influence by making videos that people want to share. While not all businesses have huge budgets for creating videos like these, simple videos that tell a story are enough to get views and find new leads and prospects for whatever the business is selling.

Want to know how marketers are using videos to create income streams and build their current clientele? Download our special free report on the hottest video marketing tips and tricks.

Micheal Savoie is the host of the wildly successful Blogging With Micheal Podcast at http://bloggingwithmicheal.com and the creator of many videos for online and offline clients.
View all posts by Micheal Savoie →
Can Videos Really Help You Make Money?
Google Hangouts For Business Part 1